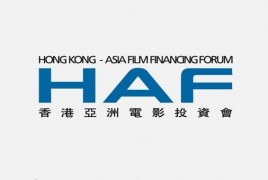 “Vampire Diary” is a $1 million comedy directed by Hong Kong scriptwriter-turned-director Anthony Yan and produced by veteran TV actor Ha Yu. It tells the story of a school girl and her two little friends on an adventure to bring a beautiful thousand-year-old female vampire back to her ancient home. It won the Hong Kong project category.

“The Third Wife,” which won the non-Hong Kong project award, is about the struggle of a young girl wedded to a much older man in an arranged marriage in late 19th-century rural Vietnam. It also bagged the White Light Post-Production Award.

Other winners were “Dying to Survive,” by China’s Wen Muye, which won the iQIYI special award; “Brothers,” by Malaysia’s Jong Yu, which took home the HAF/Fox Chinese Film Development Award; “Heaving Raving,” by Taiwan’s Hsieh Pei-ju, winner of the HAF Script Development Fund; “Inking a Last Masterpiece,” by Japan’s Usuke Uchijima, winner of the Wouter Barendrecht Award; and “When the Waves Are Gone” by the Philippines’ Lav Diaz, which earned the Paris Coproduction Village Award.

In the 14th edition of the project market, HAF presented 31 film projects in search of finance and production partners. More than 350 submissions were received this year, a record number.