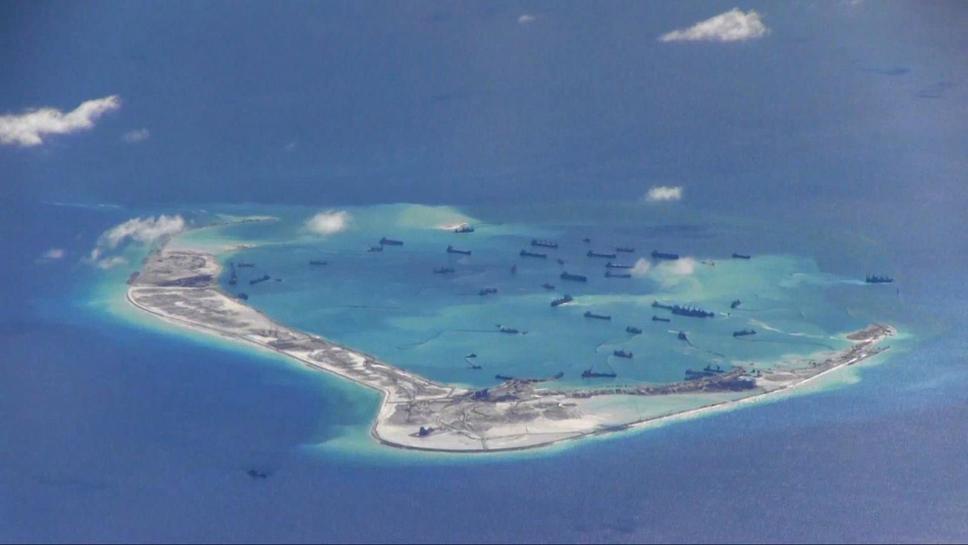 Chinese dredging vessels are purportedly seen in the waters around Mischief Reef in the disputed Spratly Islands in this still image from video taken by a P-8A Poseidon surveillance aircraft provided by the United States Navy May 21, 2015.

Reuters/U.S. Navy/Handout via Reuters/FilesATTENTION EDITORS - THIS PICTURE WAS PROVIDED BY A THIRD PARTY. REUTERS IS UNABLE TO INDEPENDENTLY VERIFY THE AUTHENTICITY, CONTENT, LOCATION OR DATE OF THIS IMAGE. THIS PICTURE IS DISTRIBUTED EXACTLY AS RECEIVED BY REUTERS, AS A SERVICE TO CLIENTS. EDITORIAL USE ONLY. NOT FOR SALE FOR MARKETING OR ADVERTISING CAMPAIGNS

WASHINGTON The United States has told China it will not recognize an exclusion zone in the South China Sea and would view such a move as "destabilizing," U.S. Deputy Secretary of Defense Robert Work said on Wednesday.

U.S. officials have expressed concern that an international court ruling expected in the coming weeks on a case brought by the Philippines against China over its South China Sea claims could prompt Beijing to declare an air defense identification zone, or ADIZ, in the region, as it did in the East China Sea in 2013.

Work told an event hosted by the Washington Post that the United States would not recognize such an exclusion zone in the South China Sea, just as it did not recognize the one China established in the East China Sea.

China claims most of the South China Sea, through which more than $5 trillion in global trade passes every year.

"We have spoken quite plainly to our Chinese counterparts and said that we think an ADIZ would be destabilizing. We would prefer that all of the claims in the South China Sea be handled through mediation and not force or coercion," he said.

The United States has accused China of raising tensions in the South China Sea by its apparent deployment of surface-to-air missiles on a disputed island, a move China has neither confirmed nor denied.

China, for its part, has repeatedly accused the United States of militarizing the South China Sea through its freedom of navigation patrols in the region and the expansion of military alliances with countries such as the Philippines.

Tensions between China and its neighbors Vietnam, Malaysia, Brunei, the Philippines and Taiwan over sovereignty in the South China Sea have risen after Beijing embarked on significant reclamations on disputed islands and reefs in the area.