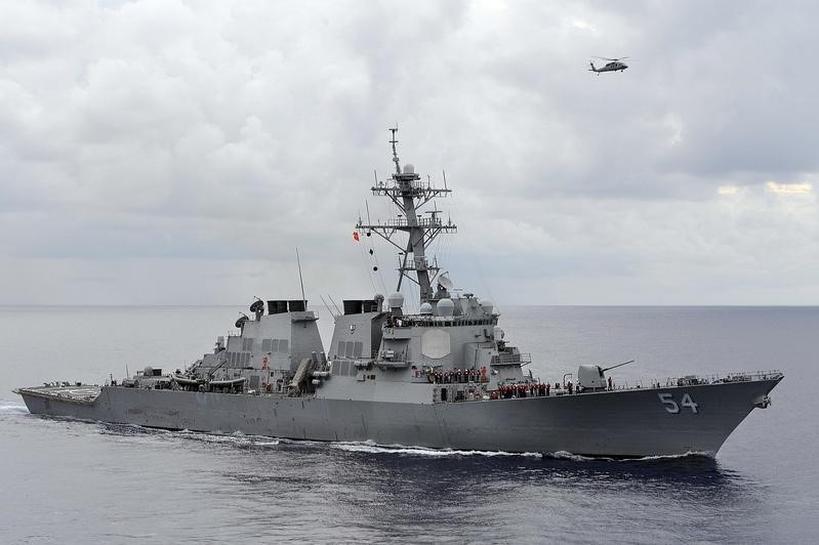 The U.S. Navy plans to conduct another passage near disputed islands in the South China Sea in early April, a source familiar with the plan said on Friday, the third in a series of challenges that have drawn sharps rebukes from China.

Other U.S. officials, speaking after Reuters reported the plan, disputed that such an exercise was imminent. But they made clear Washington will continue to challenge what it considers Beijing's unfounded maritime claims.

The United States has conducted what it calls "freedom of navigation" exercises in recent months, sailing near disputed islands to underscore its right to navigate the seas. U.S. Navy officials have said they plan to conduct more and increasingly complex exercises in the future.

"Our long-standing position is unchanged - we do not take a position on competing sovereignty claims to naturally formed land features in the South China Sea," a senior Obama administration official said on Saturday.

"We routinely conduct such operations throughout the world to challenge maritime claims that would unlawfully restrict rights and freedoms provided in international law. This applies to the South China Sea as well," said the official, speaking on condition of anonymity.

The USS Stennis carrier strike group is currently operating in the South China Sea. The next freedom of navigation exercise is unlikely to be conducted by a carrier like the Stennis, but rather by a smaller ship, the source said.

Experts predict the next U.S. challenge to the various claims in the South China Sea could occur near Mischief Reef, a feature claimed by the Philippines and which was submerged at high tide before China began a dredging project to turn it into an island in 2014.

Mischief Reef is now the site of one of three military-length airfields China has built on man-made islands in the Spratly Islands archipelago.

U.S. Navy ships regularly patrol the South China Sea, through which more than $5 trillion of world trade travels every year. China claims most of the area, and Vietnam, Malaysia, Brunei, the Philippines and Taiwan have rival claims.

In recent months, with tensions rising around China's reclamation activities, U.S. ships have been frequently and routinely shadowed by Chinese ships and regular communications with Chinese vessels have often been tense.

News of the planned exercise came a day after U.S. President Barack Obama met with Chinese President Xi Jinping at a nuclear summit in Washington.

During the meetings, Xi told Obama that China would not accept any behavior in the disguise of freedom of navigation that violates its sovereignty, in a clear warning to the United States.

"China consistently respects and supports the freedom of navigation and fly over that all countries' enjoy in the South China Sea under international law, but resolutely opposes any country using so-called 'freedom of navigation' as an excuse to damage China's sovereignty, security and maritime rights," Hong said.