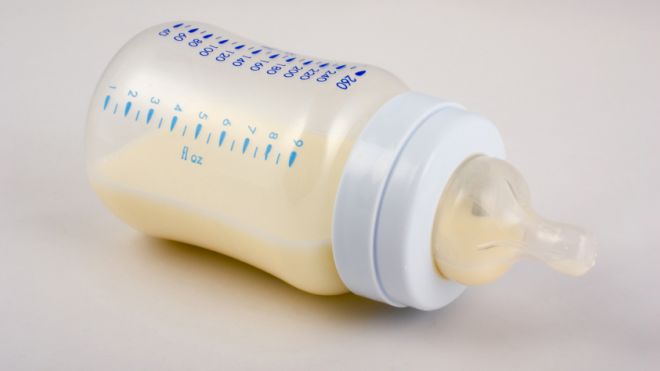 Feeding newborn babies small amounts of carefully regulated formula before a mother’s milk comes in does not disrupt the child’s ability to breastfeed – and may ultimately improve breastfeeding success in the future, the New York Times reported.

In a new study published in the journal Pediatrics, researchers examined 38 newborns who had lost 5 percent or more of their body weight in the first few days after birth.  Each infant was randomly assigned to either breastfeed alone or breastfeed along with a formula supplement – administered through a syringe to avoid so-called “nipple confusion” between the mother’s nipple and the bottle’s nipple. This concept is up for debate among mothers and pediatricians.  The supplement was given after a feeding, to boost the child’s hunger for the next breastfeeding.

Many mothers and doctors encourage women to exclusively breastfeed their children, but this new study suggests small amounts of formula may help struggling newborns get the nutrition they need in the early stages of life.

“Most babies don’t need formula,” said the lead author, Dr. Valerie J. Flaherman, a pediatrician at the University of California, San Francisco, Benioff Children’s Hospital. “But some kids are at risk for weight loss, and this could be an option.”

“I think it’s premature to recommend this observation to parents,” Alvarez said.  “Breastfeeding continues to be the gold standard for parents, and we need to be encouraging more breastfeeding rather than confusing patients into trying early formula as the breast milk comes in.

“I could see where there are circumstances that may require a newborn to be fed early due to worries of small size,” Alvarez continued. “However this small sample of patients does not convince me that this should be tried across the board.”