By Amie Gordon For Mailonline

Video footage has emerged showing the shocking moment a man was gunned down in a shoot-out in broad daylight.

CCTV captured the harrowing incident which happened in Tanauan City in the Philippines.

Two men can be seen exchanging shots for several moments before one flees the scene - leaving his victim - who received multiple fatal shots - dying in the road. 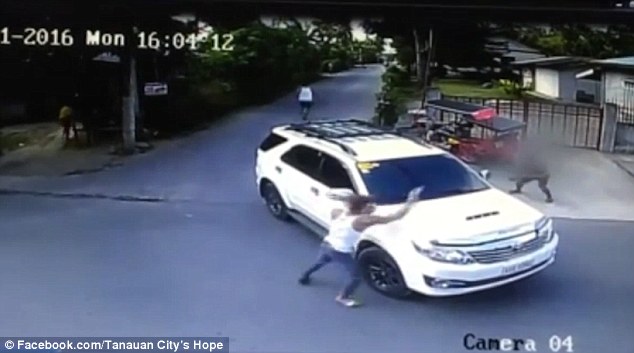 CCTV captured the harrowing incident which happened in Tanauan City in the Philippines. Here, a man can be seen running into shot, firing and using the white car as a shield

The video has since been circulating on Facebook and has been viewed more than one million times online, with over 20,000 comments.

The footage shows a white SUV - not linked to the brutal exchange - pull up and stop in the middle of the road, before a man runs into view, brandishing a gun.

He then aims and starts firing at another man standing on the other side of the vehicle, as terrified bystanders run for their lives.

The pair chase one another around the car, each firing shots as the occupants of the vehicle attempt to flee. 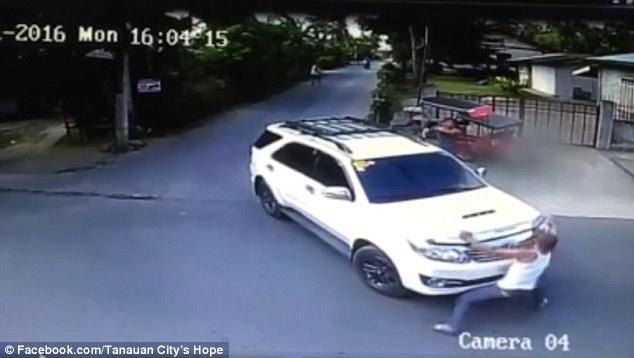 The two men run around the vehicle, each firing shots as the occupants of the car attempt to run for their lives 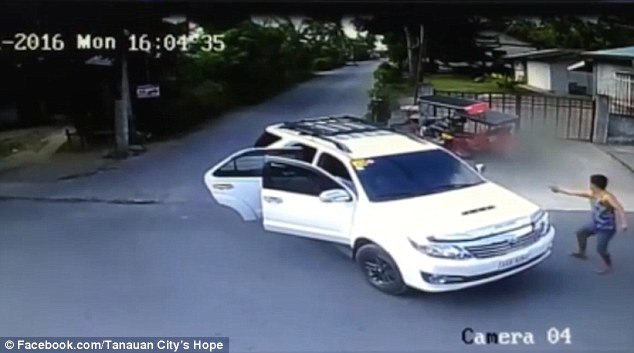 The second man wounds the first, firing several shots before fatally wounding him - then fleeing the scene

The second gunman shoots the first several times, leaving his victim lying in the street before fleeing the scene.

According to local reports, nearby houses were hit by stray bullets during the incident, and a family feud was believed to be the cause of the shooting.

Police say some 22 shots were thought to have been fired in the brutal stand-off. 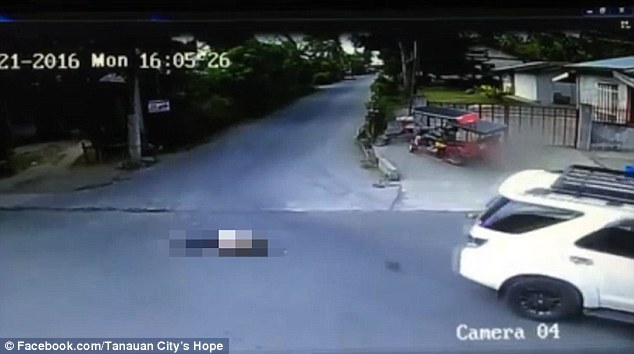 The man was left in the middle of the road and according to local reports, a family feud was believed to be the cause of the shooting 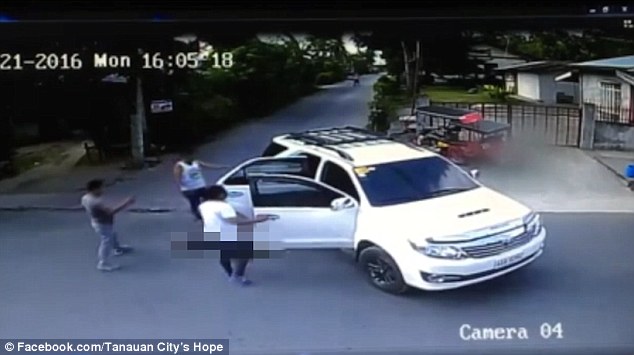