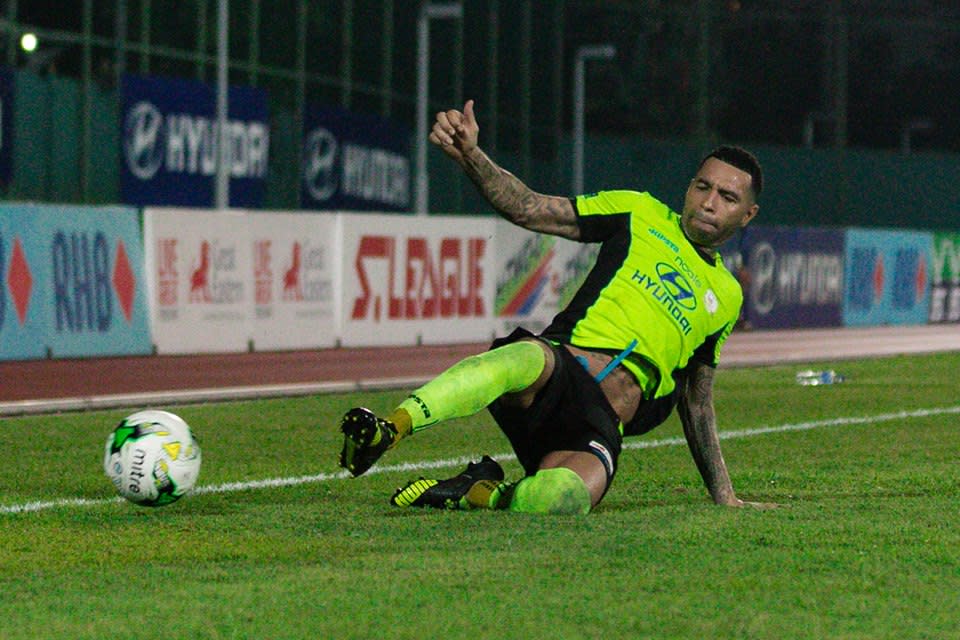 After a two-week hiatus, the inconsistent Warriors will return to action as they host high-flying Hougang United. Jorg Steinebrunner's side have twice failed to build on wins, drawing against Balestier Khalsa and Geylang International–finding themselves five points off the top of the table.

They will surely have to strike up a decent run of form, but it will not be easy to overcome the Cheetahs–who are fast earning the reputation of becoming S.League's Leicester City. K. Balagumaran's outfit is now just a point off pacesetters Albirex Niigata (S) and Tampines Rovers.

This match will also see a battle between two of the league's deadliest front men–with Warriors' Jonathan Behe and Hougang's Stipe Plazibat on six goals each.

Both sides are locked on eight points after seven matches and surely cannot be satisfied with what they have conjured up so far.

Geylang have just lost once, but also drawn five of the other six–with a lack of killer instinct affecting their ability to pick up maximum points. Meanwhile Home bounced back with a two-match winning streak after a bad start to the season, but fell back to square one last week after a 3-0 humbling by Albirex.

The Eagles will hope that chief forward Branko Cubrilo return to full fitness soon, while Home will welcome back defensive lynchpin Abdil Qaiyyim back from injury.

Three draws, four losses and zero wins–the situation looks bleak for second-from-bottom Balestier and it looks set to continue this week against a rampant DPMM side, that plundered in four goals against the Garena Young Lions last Friday.

The Tigers' problems are clear–they have yet to find the net in their last five matches in all competitions. A midweek 3-0 drubbing by Philippines side Kaya FC in the AFC Cup may also have taken a lot out of them and that could spell danger against the Wasps, whose strike duo of Paulo Sergio and Rafael Ramazotti are recovering the form of last year's title-winning campaign.

This game will also bring back fond memories for Steve Kean's DPMM side. The last time the two sides met in Brunei, they ran riot with a 4-0 victory and managed to lift the S.League trophy in front of almost 25,000 fans.

An intriguing top-of-the-table clash awaits the fans at Jurong East in the final game of the week.

The importance of the game is evident with Tampines coach V. Sundramoorthy choosing to rest his attacking trident of JJB (Jermaine Pennant, Jordan Webb and Billy Mehmet) on the bench during their 2-1 midweek defeat to Ceres La Salle in the AFC Cup.

In contrast, Albirex are well-rested and will be raring to go on their newly-laid synthetic pitch–a surface which Hougang had problems when they visited a couple of weeks back.

The in-form Atsushi Kawata will surely be eyeing the chance to add to his tally of seven goals so far, especially if Tampines no. 1 Izwan Mahbud is not passed fit to play in this game.