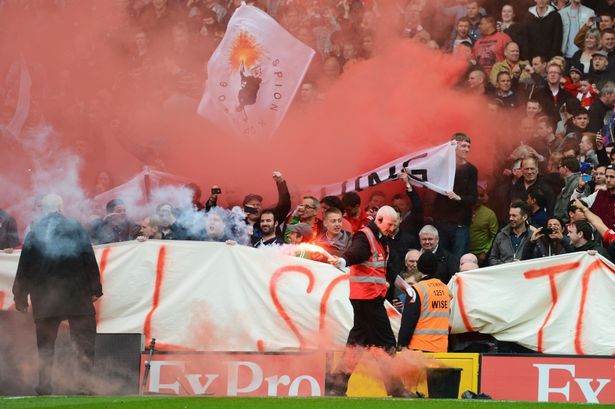 Manchester United gave Sir Alex Ferguson the perfect send off from Old Trafford with a 2-1 win against Swansea, courtesy of Rio Ferdinand’s first goal in five years. A larger gallery of this can be found here.

Fergie’s successor David Moyes waved goodbye to Goodison Park with a 2-0 win over West Ham – Kevin Mirallas with both goals.

Tottenham applied pressure on Arsenal in the race for a top-four spot by claiming a late win at Stoke, with more pictures available in a separate gallery here .

And there was joy for Norwich, who secured their Premier League status with a 4-0 battering of West Brom at Carrow Road.

With a busy final week of Premier League action ahead, there’s more drama to come