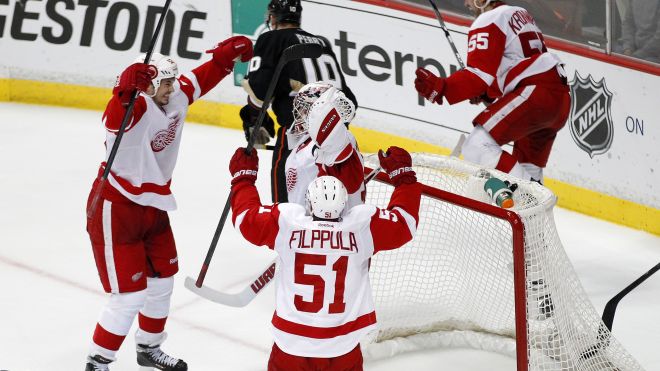 DETROIT –  The rebuilding Detroit Red Wings have advanced in the playoffs.

Detroit’s reward is a daunting matchup with the NHL’s top-seeded team: The seventh-seeded Red Wings will face the Blackhawks, starting with Game 1 Wednesday night in Chicago.

The Original Six matchup will be the last one in the Western Conference playoffs because Detroit is headed to the Eastern Conference next season as part of the league’s realignment.

During the regular season, Chicago beat Detroit in overtime once, twice in shootouts and added a 7-1 rout March 31 at Joe Louis Arena.

Detroit’s Henrik Zetterberg says Chicago is stacked with talented forwards and defenseman along with a good goalie. The captain says it’ll be a tough series, but a fun one.