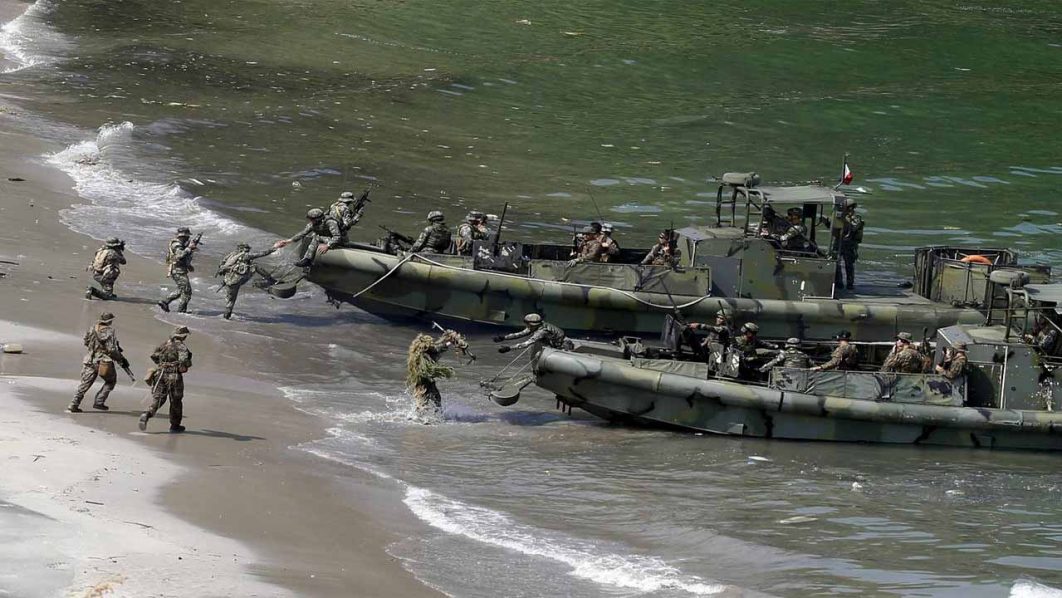 The Philippines on Sunday hailed a new accord giving the US military access to five of its bases, saying this would strengthen its defensive capabilities and maritime security.

The agreement between the two close allies comes as the Philippines and other countries are embroiled in a tense dispute with China over conflicting territorial claims in the South China Sea.

Under the agreement, US forces would be able to rotate through five Philippine bases including those close to the South China Sea.

“The five agreed locations… reaffirms the shared committment of the Philippines and US to strengthening their alliance in terms of ensuring both countries’ mutual defence and security,” Foreign Department spokesman Charles Jose said in a statement.

Philippine and US officials meeting in Washington on Friday announced that they had agreed to the rotation of US military personnel under the Enhanced Defense Co-operation Agreement, which went into effect last January.

One of the installations is the Antonio Bautista Air Base in the western Philippine island of Palawan, directly facing the South China Sea.

Another is Basa Air Base north of Manila, home of the Philippines’ main fighter wing, which is also close to disputed waters.

China claims virtually all the South China Sea, despite conflicting partial claims by Brunei, Malaysia, Vietnam, Taiwan and the Philippines.

It has been asserting its claim by occupying more reefs and outcrops in these waters, and building artificial islands including airstrips on some of them.

Bautista Air Base is just 300 kilometres (186 miles) east of Mischief Reef, an outcrop occupied by China in the 1990s despite angry protests by the Philippines.

Basa Air Base is about 330 kilometres from Scarborough Shoal, occupied by Chinese vessels after a tense confrontation with Philippine ships in 2012.

The other bases through which US forces can rotate are a major army training camp which also has its own airstrip in the north, and two air bases in the central and southern islands of the archipelago.

Press reports quoted US ambassador Philip Goldberg as saying in Washington that US personnel and equipment would arrive “very soon.”

Philippine officials said they did not know when the US forces would arrive.

The Philippines, a US colony from 1898 to 1946, hosted two of the largest overseas US military bases until 1992 when the senate voted to terminate their leases amid growing nationalist sentiment.

But since then Manila has been seeking closer ties with Washington as China has become more assertive in the region.