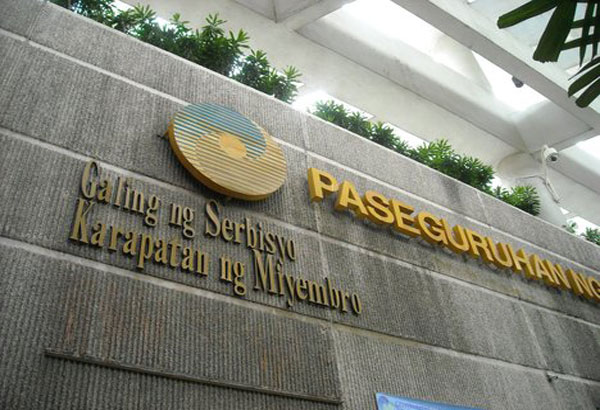 COTABATO CITY, Philippines – Lawyers are now preparing charges against former officials who allegedly pocketed about P1 billion worth of premiums for the Government Service Insurance System (GSIS) deducted from salaries of thousands of teachers in the Autonomous Region in Muslim Mindanao (ARMM).

ARMM Gov. Mujiv Hataman and his regional education secretary, Jamar Kulayan, jointly announced on Thursday that the move is in compliance with a provision in a memorandum of agreement (MOA), among the regional government, the GSIS and the Department of Budget and Management as a special payment scheme for the embezzled teachers’ premiums.

The agreement will be signed by representatives of the three parties on June 11 in Manila.

“We have identified all of them and they shall be prosecuted to the fullest extent of law. We have no way but comply with the MOA because it will benefit the thousands of school teachers in the autonomous region, and also in keeping with our reform agenda for ARMM,” Kulayan said.

The payment scheme for the missing premiums will reduce to only about P1 billion the more than P2-billion obligation of affected teachers to the GSIS.

The alleged pocketing of the premiums deducted from the teachers under the ARMM’s Department of Education reportedly happened during the time of the past administrations, prior to the assumption of Hataman as appointed caretaker of the regional government in December 2011.

Hataman was elected governor of ARMM during the region’s May 13, 2013 polls, after serving as an appointed steward of the regional government for about 17 months.

“We are putting our lives on the line by building airtight cases against the culprits, but it’s alright for this is part of the reforms we are introducing into the regional bureaucracy,” Kulayan said.

DepEd-ARMM insiders, now collecting pieces of evidence against past officials involved in the scam, said most of those to be prosecuted are scions of big, influential Moro families, some of them maintaining armed followers both as status symbol and as an easy means of perpetuating political power.

“To lead is to live dangerously,” Hataman said.

The DepEd-ARMM  has just enlisted to permanent teaching positions more than a thousand licensed teachers, after Kulayan and Hataman delisted thousands of “ghost teachers” in the agency’s old payrolls, which  proliferated during the term of past administrations.

The two officials also removed dozens of non-existing schools from the list of academic institutions that regularly receive maintenance and operation grants from DepEd-ARMM.

The cleansing process had resulted to the accumulation by the Hataman administration of more than P1 billion worth of savings from unspent salaries and funds for DepEd-ARMM projects, now being spent for rehabilitation and construction of schools, and various capacity-building activities meant to improve the proficiency of teachers.

Kulayan said the filing of graft charges against unscrupulous former DepEd-ARMM officials will commence after the MOA, detailing the procedural settlement of the unpaid teachers’ GSIS premiums, have been formalized and signed.

“All is set for the symbolic June 11 signing of the agreement,” Kulayan said.