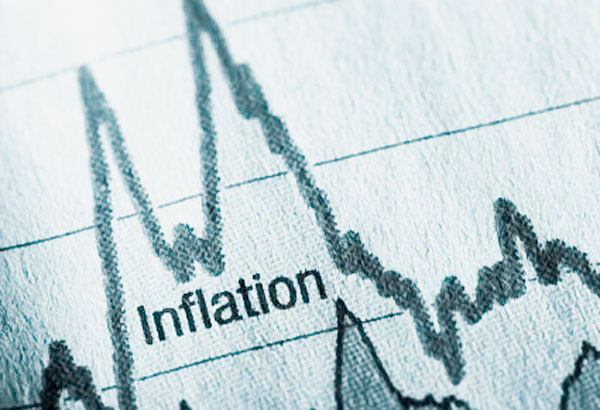 Last month’s uptick was the highest since the 4.7 percent in November 2011, and settled near the upper-end of the BSP’s 3.9- to 4.7- percent forecast for May.

The May inflation reading brings the year-to-date average to 4.1 percent, still at the mid-point of the BSP’s full-year target range of  three to five percent.

Without food or oil prices, core inflation rose to 3.1 percent in May from 2.9 percent in the previous month.

“This confirms our earlier pronouncements that while inflation over the policy horizon remains manageable, the room to keep rates steady has narrowed,”  Tetangco said

“We will carefully monitor if there are

second round effects being triggered by the increases in prices of  food and other commodities. Also, we will monitor the actions of the advanced central banks and check the impact of such on global investor sentiments,” he said.

Tetangco further said: “We will not hesitate to adjust policy settings should the inflation target be at risk.”

The BSP, during its last policy meeting on May 8, kept key rates steady as inflation is expected to remain within the three to five percent target for the year. However, the central bank raised the banks’ reserve requirement ratio by one percent to mop up excess liquidity in the financial system.

Inflation in  the National Capital Region went up to 3.8 percent in May from 3.3 percent in the previous month. Areas outside the capital, meanwhile, saw the rate accelerate to 4.7 percent from a revised 4.3 percent in April.

The clothing and footwear index also climbed to 3.4 percent from 3.3 percent, while the furnishing and household equipment index increased to 2.5 percent from 2.4 percent.

The country also saw the transport index higher at 1.5 percent from 1.3 percent, while the communication index slightly went up to 0.1 percent from 0.0 percent.

The acceleration of six indices was partially offset by a fall in the alcoholic beverages and tobacco index to four percent in May from 4.1 percent in April, and a decrease in the recreation and culture index to 2.3 percent from 2.4 percent.

The restaurant and miscellaneous goods and services index also dropped to 1.9 percent from two percent.

Rahul Bajoria, economist at Barclays, said that the rising inflation rate may prompt the BSP to start increasing key policy rates as early as this month.

“Inflation  is likely to stay closer to the top end through Q3 (third quarter of) 2014, which would be a matter of concern,” Bajoria said in a research note.

“We think that the BSP is increasingly preparing the ground to hike rates, and today’s inflation prints reinforce our view. We expect BSP to hike policy rates by 50bp (basis points) by the end of 2014, with the first hike likely in the June policy meeting,” he said.

Emilio S. Neri, Jr., lead economist at the Bank of the Philippine Islands, said  the “BSP has refrained from reacting to one-off price induced inflation, but the specter of second round effects may be enough to prompt the BSP to firmer action.”

Neri explained that the second-round effects of higher inflation have begun to emerge in the form of tuition increases and higher transport fares.

“The higher inflation print increases the likelihood that the BSP would need to enact a pre-emptively policy action to successfully defend its 2015 inflation target rate,” Neri stressed, referring to the two percent to four percent target for next year.