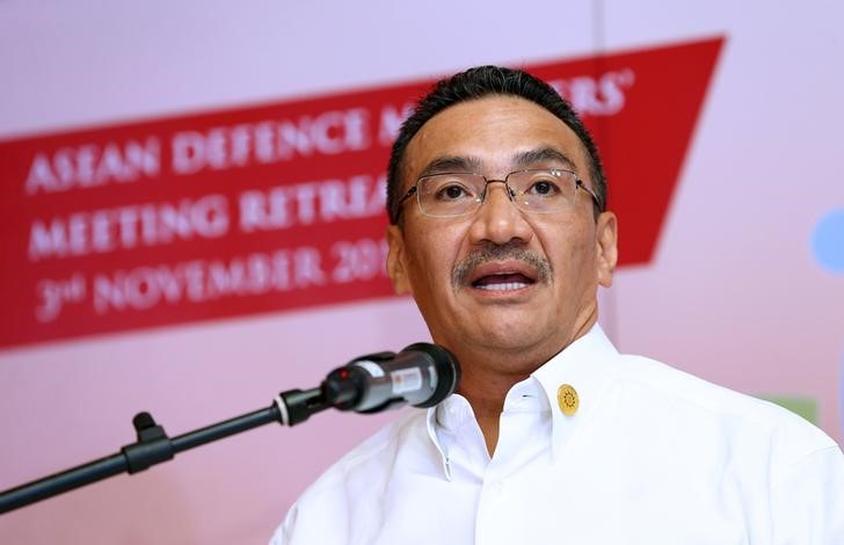 KUALA LUMPUR Malaysian Defence Minister Hishammuddin Hussein said on Monday he will meet his Australian counterpart next week to discuss China's military buildup in the disputed South China Sea and hold talks with fellow claimants the Philippines and Vietnam.

China claims most of the energy-rich waters through which about $5 trillion in ship-borne trade passes every year. Neighbours Brunei, Malaysia, the Philippines, Taiwan and Vietnam also have claims.

Beijing is feeling public pressure at home to show it can protect its claims to the waters after the United States began conducting "freedom of navigation" operations near islands where China has been carrying out controversial reclamation work and stationing advanced weapons.

Hishammuddin said he would meet Australian Defence Minister Marise Payne to ensure efforts are made to "hold China to their promise of not placing military assets in the area".

"If the reports we've received from various sources regarding the buildup and placement of military assets in the Spratlys are true - this forces us in a pushback against China," Hishammuddin told reporters.

In September, Chinese President Xi Jinping said China had no intention to militarize its outposts in the Spratly islands.

U.S. Senate Armed Services Committee chair James Clapper said in a letter in February that China's land reclamation and construction work on the islands had established infrastructure needed "to project military capabilities in the South China Sea beyond that which is required for point defence of its outposts".

The 10-member Association of Southeast Asian Nations (ASEAN) said last month it was "seriously concerned" over developments in the disputed waters, which includes recent missile and fighter jet deployments by China in the Paracel island chain.

Hishammuddin said he would also meet with authorities in Vietnam and the Philippines as, if reports on China's military expansion were true, Malaysia "cannot act alone in stopping the aggressive actions".

"We need the support of other ASEAN countries, and I will continue to (seek that support)," Hishammuddin said. "This is important for us to maintain balance, and to curb the actions by superpowers, whether it is China or the United States."