By Larisa Brown for the Daily Mail

Armed with a couple of yaks and a hand-held camera, Major Levison Wood strolled through war-torn Afghanistan and across the Himalayas.

His perilous 1,700 mile trip was made into a TV series - earning him thousands of female fans.

But now the former paratrooper turned explorer is planning to win the 'hearts and minds' of a very different audience - the enemy. 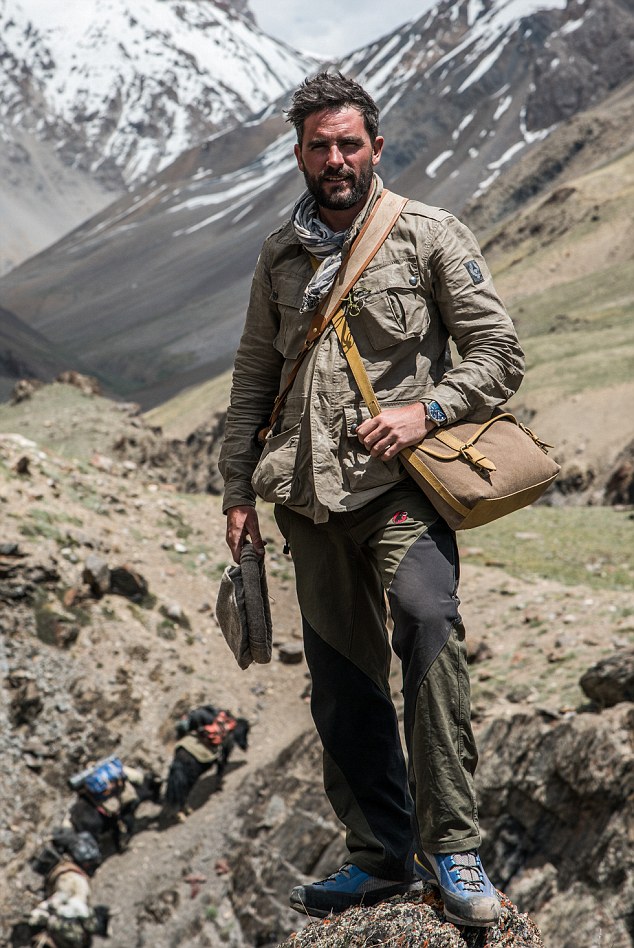 Major Levison Wood, 33, is a part-time soldier in the Army's new elite force, the 77 Brigade

Major Wood, 33, is a part-time soldier in the Army's new elite force, the 77 Brigade, it can be revealed for the first time.

The newest unit, set up last year, uses psychology and social media to help Britain 'fight in the information age'.

It is designed to 'meet the challenges of modern conflict and warfare' by winning the hearts and minds of those in battle by both monitoring and engaging with digital technology and networking sites, including Facebook and Twitter.

Major Wood - dubbed 'ten times tougher then Bear Grylls' - told the Mail: 'It is not about infantry tactics, it is about winning over the hearts and minds. It is fascinating stuff.'

77 Brigade is modelled on the Chindits, a special forces unit which fought in Burma during the Second World War. It became renowned for its unconventional units.

This month, Major Wood, who deployed to Afghanistan in 2008 and fought against the Taliban in ten-hour fierce firefights, is going on an Army trip to Burma to learn about the legendary force.

'Burma is effectively a study period so we are going on a battlefield tour to learn about the Chindits and the historical side of things.

'The concept is that the Chindits were an irregular force within a regular army.

'What we are doing is taking the concept of being an irregular force within a regular army, but we are not special forces.'

Some soldiers in 77 Brigade will try to gather intelligence about what the enemy are doing, including their up to date movements, which may mean they are deployed in the field. 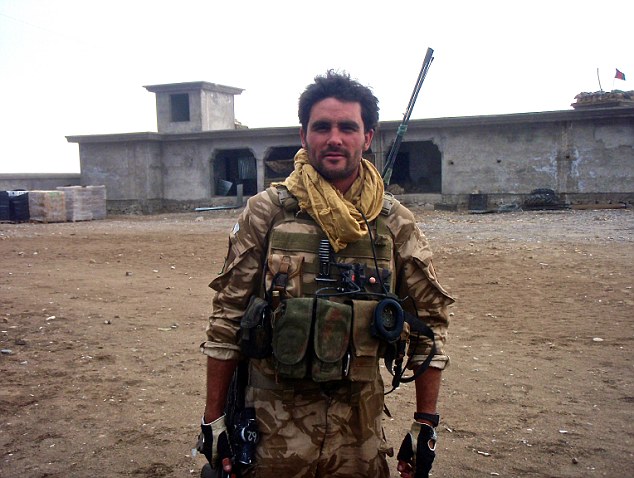 The major, dubbed 'ten times tougher then Bear Grylls', made a perilous 1,700mile trip across the Himalayas, which was made into a TV series - earning him thousands of female fans

Others will be responsible for putting out false information in a variety of ways to create diversions and throw the enemy off track.

This includes a 'psychological' element - undermining the enemy's morale by covertly leaking messages to them and disseminating details of British successes.

Heartthrob Major Wood however is a defence engagement specialist, 'which means liaising with other governmental departments, allied nations, civilian organisations and NGOs', he said.

'We will go and meet other counterparts and capacity build and train up friendly foreign fighters.

'There is a lot of civil military liaison, the point of the 77 Brigade is to have non-kinetic effects.

'Social media is a very small part of the unit, it is mainly about having an effect, whether it is through media or other operations.’

When he is not deployed with the Army, he is either hitch-hiking to Iraq, skiing near a minefield or walking thousands of miles across Taliban held territory for fun.

Last year Major Wood, who is an ambassador for Soldier's Charity, walked the length of the Himalayas, from the peaks of Afghanistan, and across another three countries to Bhutan.

In 2014, after leaving the military as a regular soldier, he became the first person to walk the length of the Nile.

His journey was made into a TV series and the programme attracted 2.6million viewers, more than the last series of Homeland, which replaced its Sunday night-slot.

Speaking about leaving the regulars, Major Wood, from Stoke-on-Trent, said: 'I fancied a new challenge.'

On his latest challenge, he said walking through Northern Afghanistan unarmed was 'completely safe' - the greatest danger being the risk of avalanches rather than insurgents.

'From experience it is never wise to go armed. One, you make yourself more of a target, two, if you want to be invited into people's homes that's not going to happen if you're armed.'

Instead, he took with him a few yaks to carry supplies, a guide, and a camera to film his journey.

'They've never had insurgents there (in the Wakhan corridor), it is just the nomads that live there have got these wireless radios that they wind up and listen to the news in Kabul and think Islamic State is going to get them.'

But his adventures are not confined to solo expeditions. Four years serving with the reserves has taken him to the Philippines - to advise on disaster relief - and Burundi to train up local forces.

He said there was a 'lot of cross over' with being a reservist in the Army and an explorer, adding: 'It is great fun and you get to see some really interesting places.'

Walking the Himalayas, by Levison Wood, published in hardcover by Hodder and Stoughton at £20