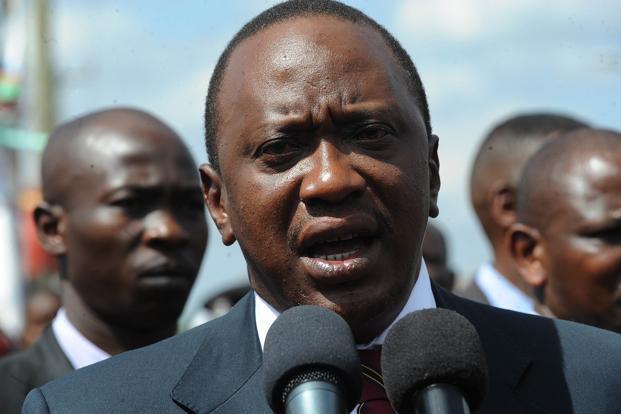 The decision cleared the way for Kenya’s richest man to take the top job in east Africa’s biggest economy, but left foreign powers with the headache of dealing with a leader charged with crimes against humanity at The Hague.
Kenya’s outgoing president had called for calm ahead of the judgement which came five years after another ballot dispute triggered widespread bloodshed.
“It is the decision of the court that the third and fourth respondents were validly elected,” chief justice Willy Mutunga said in court, referring to Kenyatta and his running mate and deputy president William Ruto.
He said the court had done its duty at a historical moment. “It is now for the Kenyan people, their leaders, civil society, the private sector and the media to discharge (their duty), to ensure that the unity, peace, sovereignty and prosperity of the nation is preserved,” he added.
After a week of hearings, the court had unanimously decided the 4 March vote was conducted in a free, fair and credible manner in line with the constitution, he said.
Many ordinary Kenyans have insisted they will not allow a repeat of the violence that killed more than 1,200 people and hammered the economy following a dispute over the last election in 2007.
Peaceful voting in this year’s vote, and the fact the dispute was played out by lawyers not machete-wielding gangs, has already helped repair the image of east Africa’s largest economy.
Rallies banned
Paramilitary police, some on horseback, formed a security cordon around the court before the ruling. Police chief David Kimaiyo has repeatedly said he would not allow public rallies.
Kenyatta comfortably beat Odinga in terms of votes won, with 50.07% versus 43.28%, but only narrowly avoided a run-off by just edging above the 50% threshold.
Western donors are watching the fate of a regional trade partner and a country they see as vital to stability in a volatile area. They had also said before the victory was confirmed that a Kenyatta win would complicate relations.
He is facing charges at the International Criminal Court of crimes against humanity, accused of helping incite the violence after the 2007 vote. Kenyatta denies the charges and has promised to cooperate with the court to clear his name.
Western nations have a policy of having only “essential contacts” with indictees of the court. They say that will not affect dealings with the Kenyan government as a whole, but will worry the issue could drive a long-time ally of the West closer to emerging powers such as China.
Neighbouring African states are also keeping a careful eye on proceedings after they were hit by the knock-on effects when vital trade routes through Kenya were shut down five years ago. REUTERS