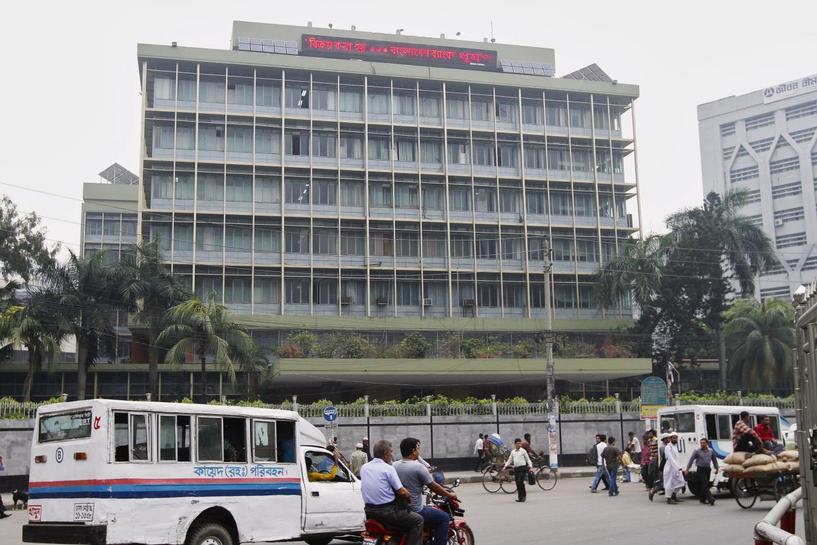 MANILA A Philippine senator said on Wednesday that Chinese hackers were likely to have pulled off one of the world's biggest cyber heists at the Bangladesh central bank, citing the network of Chinese people involved in the routing of the stolen funds through Manila.

Unidentified hackers infiltrated the computers at Bangladesh Bank in early February and tried to transfer a total of $951 million from its account at the Federal Reserve Bank of New York.

All but one of the 35 attempted transfers were to the Rizal Commercial Banking Corp (RCBC), confirming the Philippines' centrality to the heist.

Most transfers were blocked, but a total of $81 million went to four accounts at a single RCBC branch in Manila. The stolen money was swiftly transferred to a foreign exchange broker and distributed to casinos and gambling agents in Manila.

"The hacking was done, chances are, by Chinese hackers," Senator Ralph Recto told Reuters in a telephone interview. "Then they saw that, in the Philippines, RCBC particularly was vulnerable and sent the money over here."

Beijing was quick to denounce the comments by Recto, vice chairman of the Senate Committee on Finance and a former head of the Philippines' economic planning agency.

Recto said he couldn't prove the hackers were Chinese, but was merely "connecting the dots" after a series of Senate hearings into the scandal.

At one hearing, a Chinese casino boss and junket operator called Kim Wong named two high-rolling gamblers from Beijing and Macau who he said had brought the stolen money into the Philippines. He displayed purported copies of their passports, showing they were mainland Chinese and Macau administrative region nationals respectively.

Wong, a native of Hong Kong who holds a Chinese passport, received almost $35 million of the stolen funds through his company and a foreign exchange broker.

The two Chinese named by Wong "are the best lead to determine who are the hackers," said Recto. "Chances are... they must be Chinese."

The whereabouts of the two high-rollers were unknown, Recto added, saying the Senate inquiry "may" seek help from the Chinese government to find them.

Recto also questioned the role of casino junket operators in the Philippines, saying many of them have links in Macau, the southern Chinese territory that is the world's biggest casino hub. "There are junket operators who are from Macau, so it (the money) may find its way back to Macau," he said.

A senior executive at a top junket operator in Macau told Reuters there was "no reason" to bring funds from the Philippines to Macau.

"This seems more like a political story in the Philippines," he said, speaking anonymously because he was not authorized to talk to the media.

The U.S. State Department said in a report last month that the gaming industry was "a weak link" in the Philippines' anti-money laundering regime.

Philrem, the foreign exchange agent, said it distributed the stolen $81 million to Bloomberry Resorts Corp, which owns and operates the upmarket Solaire casino in Manila; to Eastern Hawaii Leisure Company, which is owned by Wong; and to an ethnic Chinese man believed to be a junket operator in Manila.

Wong has returned $5.5 million to the Philippines' anti-money laundering agency and has promised to hand over another $9.7 million. A portion of the money he received, he said, has already been spent on gambling chips for clients.

Solaire has told the Senate hearing that the $29 million that ended up with them was credited to an account of the Macau-based high-roller but it has managed to seize and confiscate $2.33 million in chips and cash.