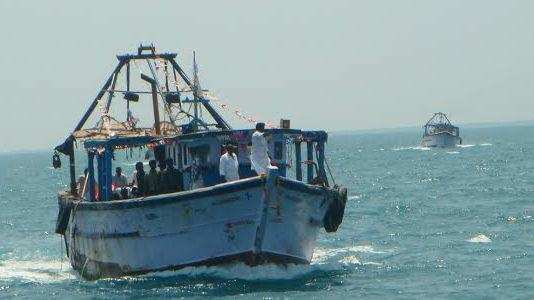 JAKARTA, Indonesia: Indonesia's foreign ministry said on Tuesday that 10 Indonesian nationals are being held hostage after their ship was hijacked in Philippine waters.

The ministry said in a statement that the owner of the hijacked tug boat and coal barge has received two telephone calls purportedly from militant group Abu Sayyaf, which is demanding a ransom.

It does not know exactly when the incident occurred but said the ship owner was first contacted on Saturday. The ministry's statement also referred to the hostage takers as pirates.
Abu Sayyaf, which is on US and Philippines list of terrorist organizations, is notorious for bombings, extortions and kidnappings for ransom in the volatile south of the Philippines. It has been weakened by years of US-backed Philippine offensives but remains a security threat.
Philippine security officials suspect the al-Qaida-linked militants for last year's abductions of two Canadians, a Norwegian and a Filipino woman from a marina on southern Samal Island. The kidnapped victims were believed being held in the jungles of southern Sulu province.
The tug, Brahma 12, and the Anand 12 barge were going from Sungai Putting in Kalimantan, which is the Indonesian part of Borneo island, to Batangas in the southern Philippines.