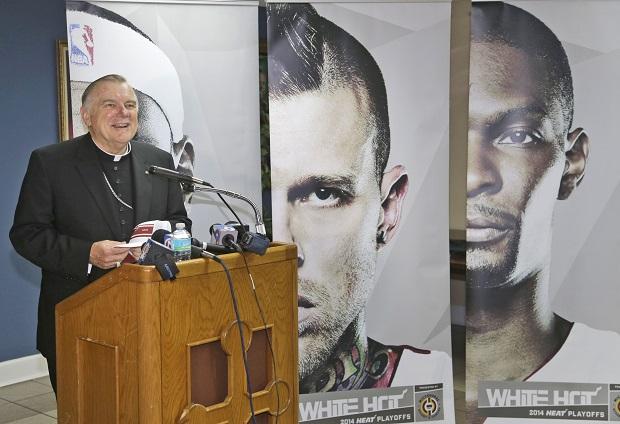 championship rivals — have made their bets, and both are praying hard for a win.

Standing beside an oversized picture of Heat star LeBron James, Wenski said he was also including in his bet oranges, grapefruit and a donation to Catholic charities in Texas.

He said Garcia-Siller has offered a wager of his own, with some Texas delicacies.

“Go Heat!” Wenski said, before heading off to pray that the team

— out for their fourth title and third in a row — get it done.