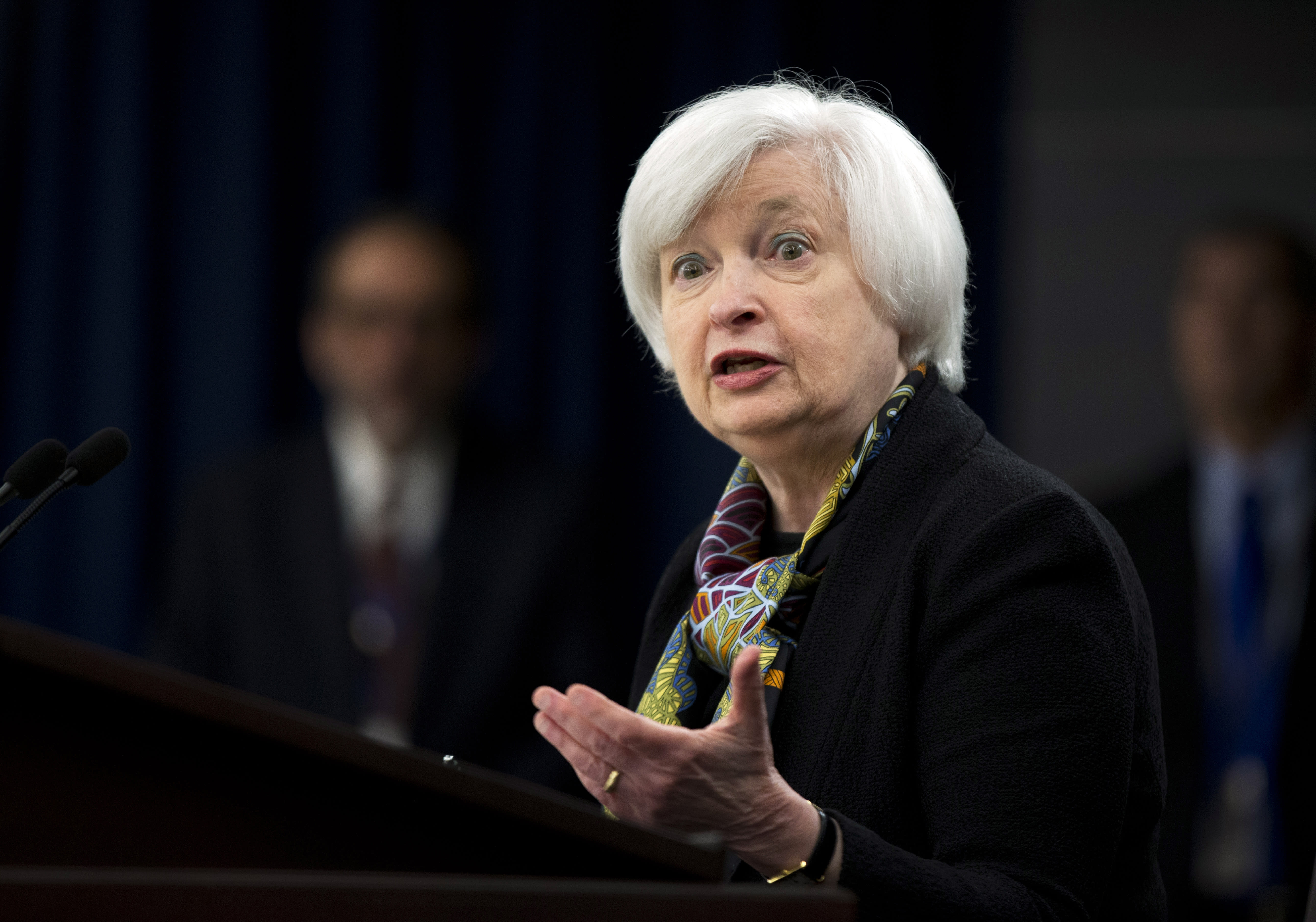 MANILA, Philippines (AP) — Global stocks rose and the dollar fell on Wednesday after the U.S. Federal Reserve signaled it will move slowly to raise interest rates.

FED TALK: Fed chair Janet Yellen said the central bank expects to move slowly because the U.S. economy and financial conditions have softened over the last few months. She also noted that a global slowdown in growth, weaker oil prices and volatile stock markets could hinder the U.S. economy.

ANALYST TAKE: "September is now the only date the markets are pricing with a better than 50 percent probability of a (U.S.) rate hike," said IG market analyst Angus Nicholson. "A weaker U.S. dollar not only benefits the dollar-denominated price of many commodities, which are a key export for most emerging markets, but it also lowers the burden of U.S. dollar-denominated debt in a range of emerging markets."

ASIA'S ECONOMY: Softer growth prospects for China and a weak recovery in major industrial economies are expected to push down economic growth in developing Asia to 5.7 percent in 2016 and 2017, below previous projections, according to an Asian Development Bank report released Wednesday. The region's economy grew 5.9 percent in 2015. The Asian Development Bank said China's growth is seen moderating to 6.5 percent this year from 6.9 percent last year and to 6.3 percent next year. The world's second-largest economy is shifting from a reliance on industry in favor of more domestic consumption.

ENERGY: Benchmark U.S. crude gained 49 cents, rising to $38.77 a barrel in electronic trading on the New York Mercantile Exchange. The contract shed $1.11 on Tuesday. Brent crude, used to price international oils, was up 48 cents at $40.33 a barrel in London.