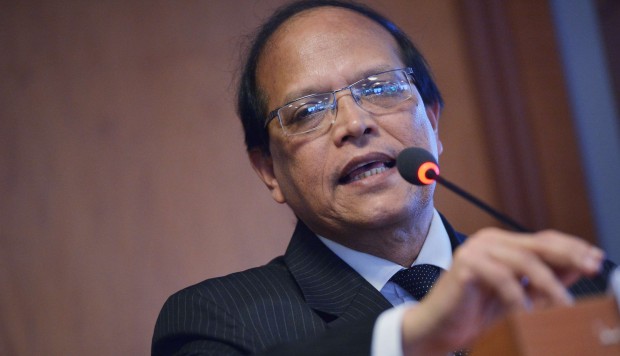 A printer fault at Bangladesh’s central bank meant that overseas queries about suspicious transactions went unanswered, according to a report seen on Wednesday on the US$81 million cyber heist that sent shockwaves through the banking world.

The report, filed to police on Tuesday, recounts the events leading to the discovery of the dramatic theft from an overseas account of Bangladesh Bank.

It says that because of a printer and software problem, it took the Bangladesh central bank nearly four days to ask banks across the globe to halt payments to the hackers.

They tried to steal around US$1 billion and got away with US$81 million from the impoverished country’s coffers.

Central bank governor Atiur Rahman and two of the deputy governors have lost their jobs over the scandal, which has hugely embarrassed the government and raised alarm over the security of the country’s foreign exchange reserves of over US$27 billion.

On Wednesday the government, which has said it was kept in the dark about the losses for weeks, also removed its most senior banking official M. Aslam Alam from his position.

The hackers managed to transfer US$81 million on February 5 – a Friday, when Bangladesh Bank is closed – from its account with the Federal Reserve Bank of New York, transferring the cash electronically to accounts in the Philippines.

READ MORE: Bangladesh ‘to sue US reserve bank’ after suspected Chinese hackers stole US$100 million from its account

In the report seen, the bank’s joint director Zubair bin Huda said engineers were unable to fix the printers until February 6, a day after the New York bank sent queries about four separate transactions.

“Since such glitches happened before, we thought it was a common problem just like any other day,” Huda said in the report.

Bangladesh Bank tried to contact New York on February 6 by email, fax and phone to ask that the transactions be suspended when it realised that the SWIFT interbank messaging system which it normally used was not working properly, Huda said.

“We realised that the SWIFT system being ineffective was an important issue, and therefore we sent an email to Federal Reserve Bank of New York at 1.30pm on February 6 to halt all types of payment processing,” he said.

But they were unable to get through as the US bank was closed for the weekend.

It was not until Monday afternoon that the central bank’s main server was again working properly and officials were able to send the formal requests to stop the payments to six banks across the globe.

But by that time US$81 million had been transferred from Bangladesh Bank’s New York account to a bank in the Philippines.

The money was later transferred to an account belonging to ethnic Chinese businessman William So Go, a Philippine senate committee heard this week.

Go then transferred the money to Filipino casinos, Julia Bacay-Abad from the Philippines’ anti-money laundering council told the hearing on Tuesday.

Go’s lawyer said the businessman’s signatures for his now-frozen RCBC account, which were used to transfer the money, had been forged.

Another transfer of US$20 million was halted by a bank in Sri Lanka at Bangladesh Bank’s request.

The US-based bank said in a statement on its website that the payment instructions “were fully authenticated by the SWIFT messaging system in accordance with standard authentication protocols”.