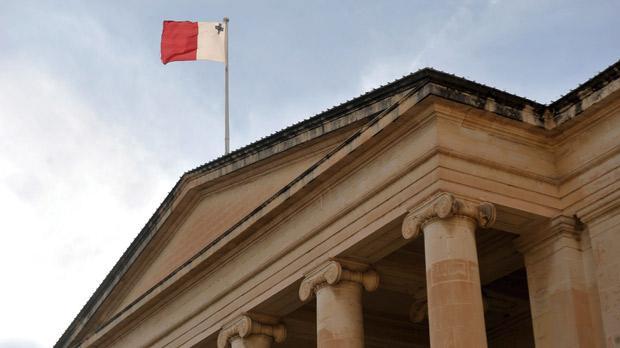 A man and this three children pleaded not guilty of human trafficking when they were arraigned in court today.

The accused are Joseph Degiorgio 71 of Balzan, Paul Degiorgio 47 of Lija, Christopher Degiorgio, 42 or Naxxar, and Josianne Bugeja Degiorgio, 34 of Balzan.

The prosecution said that the police had been monitoring the accused for months for trafficking Filipinos to Malta.

In some cases 12 Filipinos were found to be sharing a single room. The Filipinos paid €5,000 for a contract of employment through a Filippino agent. When they arrived their contract was seized and they were given a separate one which they had to sign by force. Otherwise they would be send back. Although €5,000 was not very high by  local standards, for a Filipino with a low income this was a huge sum, Police Inspector Joseph Busuttil said.

The second contract was different as it laid down different working conditions. For example, overtime was paid at part-time rate.

They got paid through JD (Joseph Degiorgio) contractors, a firm which in reality had never operated even though it was set up last year. Furthermore, no social security contributions were being paid.

Defence lawyer Joe Giglio said the difference in the contract was not in the take-home pay but in accommodation and food costs. JD Ltd through this Filipino recruitment agency, recruited cleaners to Malta, but JD made no arrangement to provide food and accommodation, Dr Giglio told the court.

One of the conditions for Filipinos to be allowed to work abroad was to have food and accommodation costs covered by the employer.

The court asked about the claim that there had been 12 or 13 people to a room.

The defence said it did not enter into such merits as the accused did not provide accommodation. Nevertheless, lawyer Franco Debono said such a room was the size of a house as it was 220 square meters.

Dr Giglio pointed out that his client had been signing the contracts as proof that the agency was delivering in its job to find candidates for the request jobs.

Magistrate Consuelo Scerri Herrera rejected a prosecution request for a Filipino woman to testify via video conferencing. The prosecution claimed that the defendants had tried to approach the witnesses. The court said that it would come down heavily on any such attempts.

Beverly Martinez, from the Philippines, then took the witness stand.

She said he came to Malta in November 2014 as her friends were already working here. She came alone. The flight costs were part of a package deal, she paid 250,000 pesos to an agent in the Philippine , covering one month accommodation in Malta, plane ticket and the processing fees.

When she came to Malta, she was met by her friend at the airport, and went to a house in Sliema. There were five Filipinos in the house. In the morning she reported to the office of Mr Clean in Balzan. They handed her another contract to sign and kept the first one. She did not know if there was any difference between the contracts. No copy of the second contract was given to her.

She said that when she came to Malta she was not aware of the conditions of work. She only got to know at a later stage. She started working three to four hours a day in a house and then started to work as a cleaner at ST Electronics and other places like Metropole Apartment. Recently she was working also at Portman International. The jobs were assigned by Mr Clean. She was paid her salary by cheque and overtime in cash. No papers or receipts were signed for the cash.

Her pay was €4.20 per hour regardless of whether it was a public holiday or not. She shared a flat in Fleur-de-Lys with four other  people, paying €130 per month and bought her own food.

Questioned by the parte-civile, she said that she used to work from 2pm to 10pm at ST electronics or from 6am to 2pm depending on the shift. On the same day she also used to work at Metropole Apartments. Sometimes she also worked for an additional four hours in a school.

The sitting is still in progress.