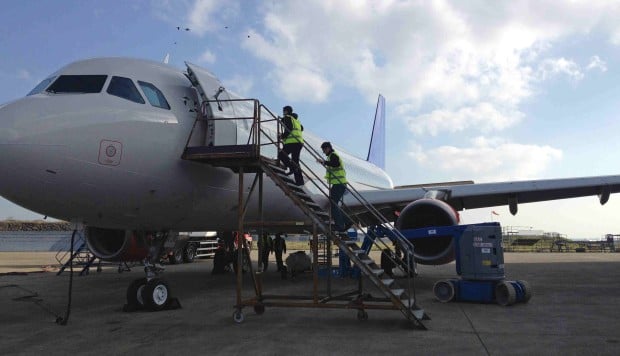 Everything starts with finance. As top financial services group ORIX puts it, growth follows with innovative products and services by pursuing new businesses and evolving together with clients.

From a leasing enterprise, ORIX steadily expanded into related industries, including lending, investment, life insurance, banking and asset management. Further broadening its reach into other businesses related to vehicles, real estate, environment and energy, the company now has a global footprint spanning 36 countries and regions – with about 30,000 employees and 2.25 trillion yen (HK$153.9 billion) shareholder equity.

Despite an increasing volatility in the global market amid challenges in oil prices, economic downturn in Europe and slowdown in China, ORIX is optimistic about its continuing pursuit of evolution.

“Moving forward, ORIX aims to capture even more business opportunities,” says president and CEO Makoto Inoue. “While working to further increase our expertise in each business, we will continue to think outside the box and take on new challenges in view of becoming an even better company.”

The company is set to further expand existing businesses by leveraging ORIX’s strength and expertise. It aims to scale up non-finance businesses through continuous investment in key areas, including asset management, principal investment, environment and energy.

“ORIX’s mission lies in contributing to society while revitalising the economy with the creation of new markets and value through means of finance and services,” Inoue says. “We will continue to create new value by pursuing innovation with our brand values – Answers, Custom Fit – based on our unique business model, which keeps evolving with versatility.”

Established in Osaka in 1964 as Orient Leasing, ORIX rose as a pioneer in lease financing during Japan’s high economic growth period in the 1960s. As the economy sustained growth through to the early 1970s, the company also grew from a
13-member leasing company to an increasingly diversified enterprise.

In addition to a mortgage business and established operations for the quick leasing of general-purpose equipment, a venture capital business and a rent-a-car business, ORIX further expanded its portfolio with aircraft leasing and real estate businesses.

This growth was complemented by a gradual expansion overseas. Initially establishing a branch in Hong Kong in 1971, ORIX then set foot in Singapore, Malaysia, Indonesia, South Korea, the Philippines and Thailand. By the 1980s, more offices were opened in Sri Lanka, Australia, New Zealand, Pakistan, Taiwan and on the mainland. The expansion established ORIX’s foundation in the Middle East and Asia, where the company foresaw future growth ahead of other finance companies.

“Expanding our range also meant placing increased emphasis on strengthening synergies among all our companies by reinforcing knowledge sharing and cooperation to make optimal use of corporate resources,” Inoue says. “This included a focus on cross-selling a variety of our products and services to clients – a fundamental ORIX strategy to this day.”

In the 1990s when instability within the financial sector weighed down the Japanese economy, ORIX pushed through with new companies including ORIX Life Insurance, ORIX Asset Management and Loan Services. In addition, ORIX also pioneered in offering securitised nonrecourse loans in Japan.

Among the quickest to adopt innovations in the industry, ORIX Life Insurance was one of the pioneers in mail-order sales, while ORIX Bank has led in internet-based time deposit services and mortgages for real estate investment.

Expanding into the environmental business, the company established ORIX Eco Services in 1998, the same year it listed on the New York Stock Exchange. Furthering this initiative, ORIX also established the environment and eco-services department and ORIX Environmental Resources Management – an organisational framework that aims to provide full-scale services towards the achievement of a low-carbon society.

“These expansions resulted in a solid revenue base that was driven further by a dramatic growth in the principal investment business,” Inoue says.

ORIX Asset Management and Loan Services, for instance, expanded its servicing amount and real estate non-recourse loans increased in line with the popularity of securitisation. These paved the way for other businesses, including the operation of various facilities such as golf courses, hotels, aquariums and senior residences.

“Thanks to a strong corporate structure, diverse portfolio and long-term vision, ORIX has been continuously recording yearly profits even amid a volatile environment including oil shocks and the collapse of the bubble economy,” Inoue says.

“Learning from these challenges, we aim to grow further with a dual strategy of accelerating the pace of ‘finance + services’ and embracing growth in emerging markets such as Asia.”

In Asia, ORIX is conducting mainly leasing, vehicle leasing and corporate finance business. The company is diversifying businesses in each country, using the know-how nurtured in its business in Japan.

ORIX is also interested in potential partnerships for syndication of business opportunities with non-real estate, non-manufacturing sector targets in China along with other key markets including Malaysia, Indonesia and Thailand.

“We are always looking for good local partnerships, especially in Asia where deep relationships matter more than deep pockets,” Inoue says. “We look forward to creating synergy, sharing strengths and exchanging know-how with local companies and finance institutions that wish to grow with ORIX.”

On track to meeting its mid-term net income target of 300 billion yen by the fiscal year ending March 2018, ORIX is thrilled to pursue more opportunities and partnerships, while maintaining caution amid the still-unsteady global economic landscape.

Among its latest initiatives is its partnership with leading French airport operating company VINCI Airports, with whom it will manage the operations of Kansai and Osaka international airports.

“In order to succeed in this airport concession business, we need to support this project with the entire group’s resources,” Inoue says. “We expect privatisation in various businesses to continue, and I think they can potentially become new businesses or even core businesses within the ORIX group.”

ORIX anticipates seeing an increased number of other opportunities in various business fields that are in need of fresh ideas. “As such, I am certain that ORIX has the potential to grow further – especially with the support of potential business partners and clients who share our values and vision,” Inoue says.

A part of this vision is taking an active role in promoting clean energy through sustainable programmes such as the construction and operation of wind and solar farms. In Japan, ORIX has already secured a solar power project with a total power generation capacity of approximately 850MW, which is expected to be fully operational in the next two to three years. The business targets to have a total generation capacity of approximately 900MW.

“We envision becoming the largest renewable energy operator in Japan,” Inoue says. “The bigger picture, however, entails bringing these kinds of projects, technologies and know-how to key markets such as Asia and creating a universal impact that will last for generations.”

One project that illustrates this is the 8.2MW solar power plant built on the former site of Makurazaki Airport in Kagoshima prefecture, which began operations in September 2014. The project is the first example in Japan of a mega solar power plant business using a former airport site.

Complementing domestic projects in the renewable energy sector, ORIX’s overseas energy-related businesses are also gaining wide recognition. Among these is a private equity fund targeting the clean energy, resource efficiency and environmental sectors in Asia in partnership with the Asian Development Bank and Robeco. Such a commitment to investing in energy-related investments is also underlined by ORIX’s acquisition of a stake in US-based UniEnergy Technologies, which develops and manufactures advanced large-scale energy storage systems.

“Perhaps the only one of its kind in the world, ORIX’s business model is without a final form – one that continues to evolve every day,” Inoue says.

“It is vital that we continue to pursue the ORIX way through our challenging spirit and innovative mind.”