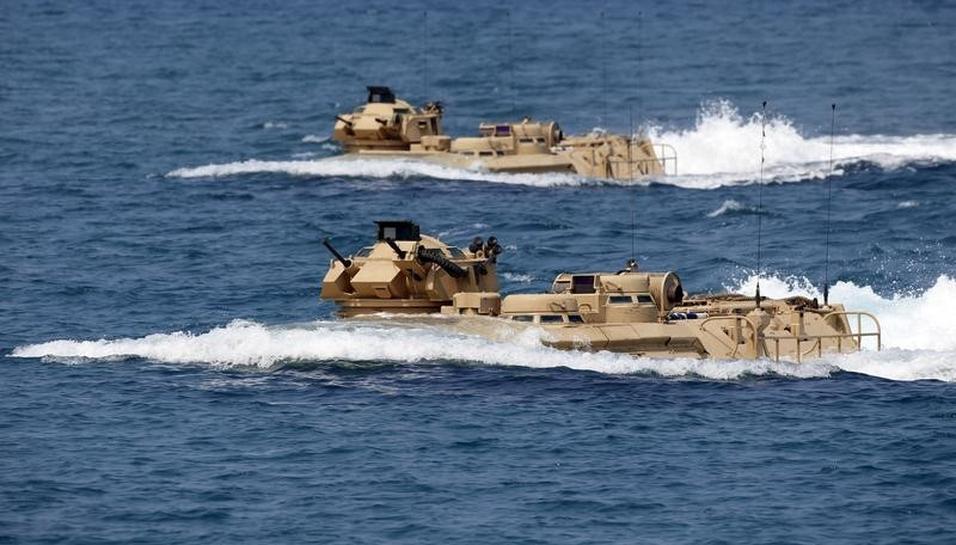 The comments, published on the defence ministry's website late on Thursday, come after the United States said it would ramp up its military presence in the Philippines and announced that the two countries had started the joint patrols in the disputed waters.

"A strengthening of the U.S.-Philippine military alliance... is a manifestation of the Cold War mentality and is not conducive to peace and stability in the South China Sea," the defence ministry said.

China claims most of the energy-rich waters of the South China Sea, through which about $5 trillion in ship-borne trade passes every year. But the Philippines, Brunei, Malaysia, Taiwan and Vietnam also have claims.

Countries across the region have express concern over China's growing assertiveness in the region, which has intensified with a rapid buildup of man-made islands in the Spratly archipelago, to which Philippines and Vietnam lay claim.

"The Chinese army will monitor this trend closely, and will resolutely safeguard China's territorial sovereignty as well as maritime rights and interests," it said.

Visiting the Philippines, U.S. Defense Secretary Ash Carter said on Thursday the broader American military presence was not meant to provoke conflict with the Chinese.