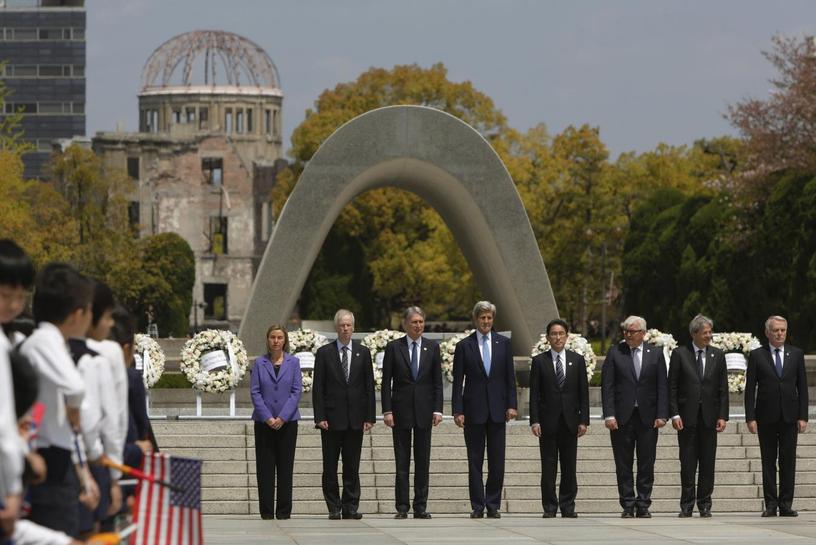 BEIJING China's expressed anger on Tuesday after foreign ministers from the Group of Seven (G7) advanced economies said they strongly opposed provocation in the East and South China Seas, where China is locked in territorial disputes.

"We urge the G7 member states to honour their commitment of not taking sides on issues involving territorial disputes," China's foreign ministry said in a statement.

The G7 should focus on global economic governance and cooperation against the backdrop of weak economic growth rather than hyping up disputes and provoking problems, it added.

On Monday, G7 foreign ministers said after meeting in the Japanese city of Hiroshima that they opposed "any intimidating coercive or provocative unilateral actions that could alter the status quo and increase tensions" in the East and South China Seas.

China claims almost the entire South China Sea, believed to have huge deposits of oil and gas, and is building islands on reefs to bolster its claims. Brunei, Malaysia, the Philippines, Taiwan and Vietnam also have claims to parts of the waters, through which about $5 trillion in trade is shipped every year.

China also has a separate dispute with Japan over a group of uninhabited islets in the East China Sea.

China has every right to build on the Spratly Islands and there are no problems with freedom of navigation and overflight for the East and South China Seas, the foreign ministry said.

China is committed to resolving disputes through talks with countries directly involved via international law and on the basis of respecting historical facts, to maintain peace and stability while safeguarding its sovereignty, it said.

It repeated that China will neither accept nor participate in any arbitration "illegally forced upon it", a reference to a case lodged by the Philippines against China.

"We urge the G7 member states to fully respect the efforts made by countries in the region, stop making irresponsible remarks and all irresponsible actions, and truly play a constructive role for regional peace and stability," the ministry added.