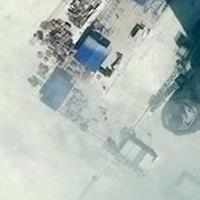 China has begun operating a lighthouse on one of its artificial islands in the South China Sea near which a US warship sailed last year to challenge China's territorial claims.

China claims most of the energy-rich waters of the South China Sea, through which about $5 trillion in ship-borne trade passes every year. But neighbors Brunei, Malaysia, the Philippines, Taiwan and Vietnam also have claims.

The US guided missile destroyer USS Lassen sailed within 12 nautical miles of Subi Reef in late October, drawing an angry rebuke from China, which called it "extremely irresponsible".

Subi Reef is an artificial island built up by China over the past year or so.

Before Chinese dredging turned it into an island, Subi was submerged at high tide. Under the UN Convention on the Law of the Sea, 12-nautical-mile limits cannot be set around man-made islands built on previously submerged reefs.

China says much of its construction in the South China Sea is designed to fulfil its international obligations in terms of maritime safety, search and rescue and scientific research.

Xinhua said the lighthouse, which emits a white light at night, "can provide efficient navigation services such as positioning reference, route guidance and navigation safety information to ships, which can improve navigation management and emergency response".
The South China Sea is an important maritime area and major fishing ground, it added.
"However, high traffic density, complex navigation condition, severe shortage in aids and response forces have combined to threaten navigation safety and hindered economic and social development in the region."
China has lighthouse projects on two other reefs in the area - Cuarteron Reef and Johnson South Reef.