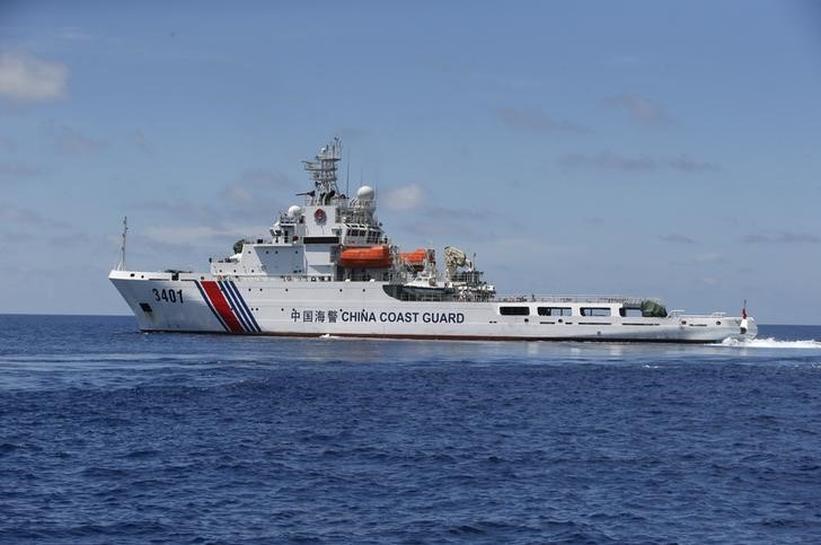 A Chinese Coast Guard vessel is pictured on the disputed Second Thomas Shoal, part of the Spratly Islands, in the South China Sea March 29, 2014.

BEIJING China expressed anger on Wednesday after a senior British official said a ruling expected within a few months in an international arbitration case the Philippines has brought against China's South China Sea claims must be binding.

Hugo Swire, British minister of state responsible for East Asia, also said Britain saw the ruling, by the Permanent Court of Arbitration in the Hague, as an opportunity for China and the Philippines to renew dialogue over their territorial disputes.

China claims virtually all of the South China Sea and rejects the court's authority in the case, which is widely expected to go in favour of the Philippines, significantly raising tension in the strategic waterway.

"The comments by Mr Swire neglect the facts and are very discriminatory and one-sided and seriously go against Britain's promise not to take sides," Chinese Foreign Ministry spokeswoman Hua Chunying told a daily news briefing.

"We are extremely dissatisfied."

Tension in the South China Sea is the fault of the United States and the Philippines, not China, with U.S. ships and aircraft increasingly appearing in the region, she added.

"The facts prove that if the South China Sea is tense then it's the US which is the biggest pusher of this," Hua said.

She repeated that China would neither accept nor participate in the arbitration case and it was an abuse of international law.

The court is expected to rule in late May or early June.

In February, the United States and the European Union, of which Britain is a part, warned China it should respect the ruling from the Hague. The court has no powers of enforcement and its rulings have been ignored before.

Britain has prioritised developing economic ties with China and welcomed Chinese President Xi Jinping on a state visit in October, leading critics to accuse it of placing short-term financial gain above human rights and security interests.

It also upset the U.S. administration when it became the first non-Asian country and the first member of the Group of Seven advanced economies to join a China-backed development bank for Asia seen by Washington as an unwelcome rival to Western-led institutions such as the World Bank.

More than $5 trillion of world trade is shipped through the South China Sea every year. Apart from China's territorial claims there, Brunei, Malaysia, the Philippines, Taiwan and Vietnam have rival claims.