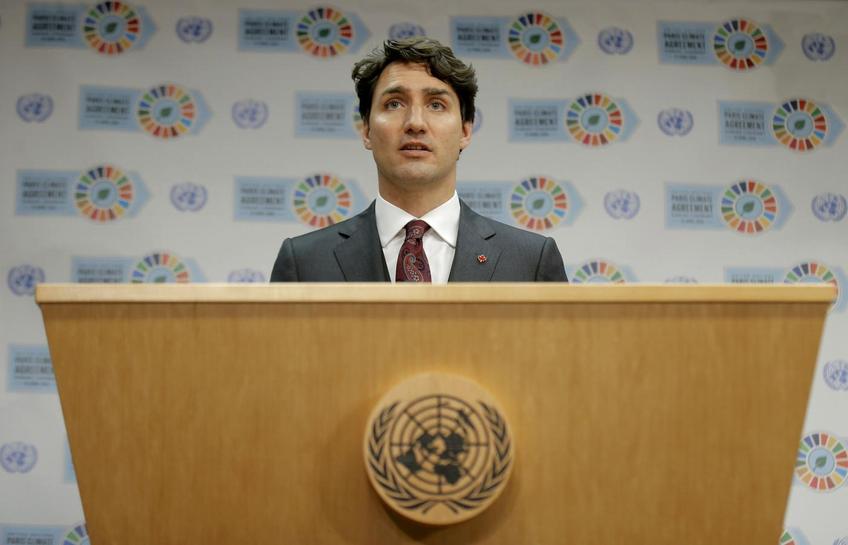 KANANASKIS, Alberta/MANILA Canadian Prime Minister Justin Trudeau condemned on Monday the execution of a Canadian hostage by Abu Sayyaf militants in the Philippines, calling it "an act of cold-blooded murder."

John Ridsdel, 68, a former mining executive, was captured by Islamist militants along with three other people in September 2015 while on vacation on a Philippine island.

The Philippine army said a severed head was found on a remote island on Monday, five hours after the expiry of a ransom deadline set by militants who had threatened to execute one of four captives.

"Canada condemns without reservation the brutality of the hostage-takers and this unnecessary death. This was an act of cold-blooded murder and responsibility rests squarely with the terrorist group who took him hostage," Trudeau told reporters on the sidelines of a cabinet meeting.

Trudeau declined to respond when asked whether the Canadian government had tried to negotiate with the captors or pay a ransom, or whether it was trying to secure the release of the other Canadian being held, Robert Hall.

"But it’s been an awful process, just horrendous," he told Canadian television.

In a statement, Ridsdel's family said they were devastated his life had been "cut tragically short by this senseless act of violence despite us doing everything within our power to bring him home."

Ridsdel, Hall and the other captives, a Norwegian man and a Filipino woman, had appealed in a March video for their families and governments to secure their release.

Residents found the head in the centre of Jolo town. An army spokesman said two men on a motorcycle were seen dropping a plastic bag containing the severed head.

A Philippine army spokesman said al Qaeda-linked Abu Sayyaf militants had threatened to behead one of four captives on Monday if the 300 million pesos ($6.4 million) ransom for each of them was not paid by 3 p.m. local time.

The initial demand was one billion pesos each for the detainees, who were taken hostage at an upscale resort on Samal Island on Sept. 21.

Ridsdel's former employer described him as gregarious, adventurous and warm.

"We are in profound shock, disbelief and sorrow to have lost our former colleague and close friend," Calgary-based mining company TVI Pacific (TVI.TO) said in an emailed statement.

Abu Sayyaf is a small but brutal militant group known for beheading, kidnapping, bombing and extortion in the south of the mainly Catholic country.

It decapitated a hostage from Malaysia in November last year on the same day that country's prime minister arrived in Manila for an international summit. Philippine President Benigno Aquino ordered troops to intensify action against the militants.

Security is precarious in the southern Philippines, despite a 2014 peace pact between the government and the largest Muslim rebel group that ended 45 years of conflict.

Abu Sayyaf is also holding other foreigners, including one from the Netherlands, one from Japan, four Malaysians and 14 Indonesian tugboat crew.

(Additional reporting by Nicole Mordant in Vancouver and David Ljunggren in Ottawa; Editing by David Gregorio and Tom Brown)

Canadian Prime Minister Justin Trudeau speaks during a press conference held on the sidelines of the Paris Agreement on climate change held at the United Nations Headquarters in Manhattan, New York, U.S., April 22, 2016.