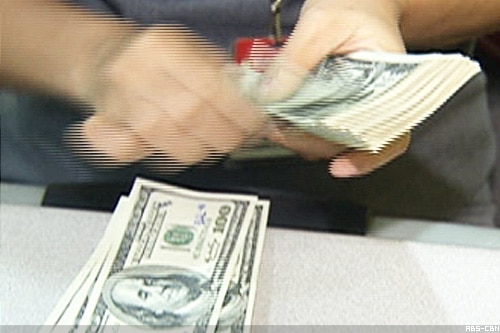 The Bangladesh finance minister has accused central bank officials of being complicit in an audacious $81 million theft from an overseas account, in an interview with a leading Bengali newspaper published Friday.

Hackers stole the money from the Bangladesh Bank's account with the Federal Reserve Bank of New York on February 5 and managed to transfer it electronically to accounts in the Philippines.

In a damning interview, A.M.A Muhith told the Bengali-language daily Prothom Alo that Bangladesh Bank officials were "100 percent" involved in the scandal.

"Of course! One hundred percent they are (involved). This cannot be possible without complicity of the locals," the newspaper, which has the highest circulation of any in Bangladesh, quoted Muhith as saying.

Muhith said the New York bank requires hand prints and other biometric information from central bank officials to activate transactions, appearing to suggest the hackers could not have carried out the attack without inside help.

"The rule is that the transactions are activated only after the hand prints of the six persons are serially placed on a specified plate," Prothom Alo quoted him as saying.

The central bank governor and his two deputies lost their jobs following the theft and the government has been scrambling to contain the damage from the spiralling scandal.

Muhith said the official explanation that action against the hackers was delayed because the theft took place on a Friday, when the bank is closed, was "totally implausible".

"Why won't there be people on a Friday? There should be people to answer calls and provide information even on the holidays," he said.

The heist has hugely embarrassed the government of Prime Minister Sheikh Hasina and raised alarm over the security of the country's foreign exchange reserves of over $27 billion.

Subhankar Saha, executive director and spokesman of Bangladesh Bank, told AFP he was not immediately able to comment when asked about the minister's remarks.

The minister's comments came as the family of a Bangladeshi cyber security expert who criticised the central bank over its security system and said it bore some responsibility for the attack went missing, his family said Friday.

IT expert Tanvir Hassan Zoha, who said he was helping the government investigate the crime, told a local TV station last week that "apathy" over security at Bangladesh Bank had contributed to the audacious theft.

Zoha has not been seen since Wednesday night when he was picked up on his way home from work in the capital Dhaka, his wife Kamrun Nahar said, citing a friend who was with him.

"Several men in plainclothes stopped their auto-rickshaw and put them in two different vehicles. Later they dropped Yamir (Zoha's friend) on a road blindfolded but took Zoha with them," Nahar told AFP.

"We've not heard anything from him since then," the wife said, saying police had not filed a case on her husband's disappearance.

Zoha, 34, told Ekattor TV station on March 11 that "the database administrator of the (Bangladesh Bank) server cannot avoid responsibility for such hacking".

The government committee probing the case had "noticed apathy about the security system (of the server)", he said.

Authorities have denied that Zoha was working with them on investigating the case.

Police have yet to make any comment on his disappearance.

Home Minister Asaduzzaman Khan told reporters Thursday that it was possible Zoha could have been picked up by law enforcers in the course of the investigation, but said he had no information.