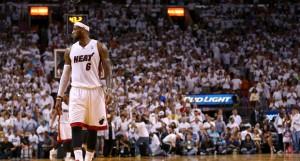 MANILA, Philippines — It seemed like Rain or Shine hardly missed while Alaska couldn’t make even the closest of shots.

The result? The Elasto Painters handed the Aces the worst beating in league

history in nearly three decades, 123-72, in the 2014 PBA Governors’ Cup Wednesday night at the Philsports Arena in Pasig.

“It’s one of those days where everything you do is and the opponents everything they do is wrong,” ROS head coach

Yeng Guiao told reporters. “We did not expect it to be this way. We expected a really close game against Alaska.”

It was close until ROS zoomed ahead in the second quarter where their shots started falling—hitting six-of-11 from deep—to outscore Alaska, 34-21, and take a 60-43 halftime lead.

Former Best Import Arizona Reid had a career-high and franchise-best 48 points, including 17 in the second quarter alone, in just 30 minutes of action. He also pulled down 10 rebound and missed only eight of his 26 attempts from the field.

“AZ (Reid) is always aggressive. It’s just that he was making his shots, his timing was right and his teammates found him at the right time,” Guiao said of his hardworking import.

The Painters shot 53 percent from the field overall and 15-of-33 from long range while holding the Aces to just 38 percent shooting and forced them to turn the ball over 27 times that resulted to 29 turnover points.

“I don’t think that’s their character. It just happens, it can happen to any team. We still have a lot of respect for this team but we’ll take a win like this anytime,” said Guiao.

Rain or Shine padded onto its lead, which grew to 28 after three quarters, even more in the final frame where they outpointed Alaska by 23 points.

Jeff Chan added 15 points on two-of-two shooting from deep while Beau Belga tallied 10 as both start earned a short night playing only less than 18 minutes.

“We were running our plays and we were executing well and we were defending well, we prepared hard on defense because we know Alaska is a smooth team with a lot of flow in their offense that’s what we really prepared for so we just fed off our defense. We had a momentum and it just continued,” said Guiao.

. Henry Walker had 15 points, eight rebounds and five assists for Alaska, which fell to 2-4.