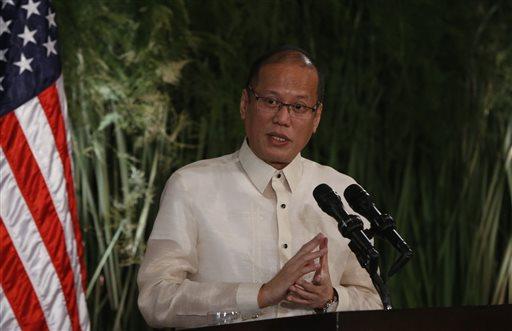 MANILA, Philippines—President Benigno Aquino III on Thursday said alleged pork barrel scam Janet Lim-Napoles never had a reason to approach him since he had no Priority Development Assistance Fund

(PDAF) when he was still a senator.

and Management at Diamond Hotel.
(Of course her aim, allegedly, was to get a share

of the PDAF. When I was in the opposition, I had no PDAF. She had no reason to be close to me because she will not gain anything from me.)
During the term of former President

and now Pampanga Representative Gloria Macapagal-Arroyo, minority lawmakers were said to have no PDAF allocation because of their position against the government.
“At kung sakali namang may PDAF ako, palagay ko may enough of a reputation ako na hindi ako lalapitan kung medyo hao siao ‘yung nangyayari du’n,” Aquino added.
(And if ever I had PDAF, I think people dealing with anomalous transactions would still not approach me because of my reputation.)
Aquino clarified that the photo that circulated online

months ago showing him and Napoles together was taken during a birthday party in Cebu. Both of them were invited to the event. He said as a politician, it was normal for strangers to approach him and have their picture taken.