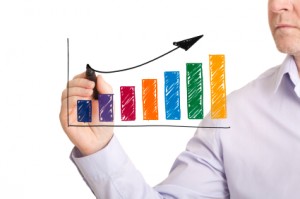 This week is a short one for traders due to the Good Friday holiday. On Thursday, the S&P/TSX Composite index (INDEXTSI:OSPTX) closed down 21.37 points, or 0.16 percent, at 3,358.11 points. Earlier in the day, it touched its lowest level since March 7.

Even so, some TSX-listed stocks in the resource space did well this week. The top-gaining resource stock on the exchange was Alexco Resource (TSX:AXR,NYSEMKT:AXU), and it was followed by RTG Mining (TSX:RTG), Eastmain Resources (TSX:ER), Arizona Mining (TSX:AZ) and Platinum Group Metals (TSX:PTM,NYSEMKT:PLG). Here’s a look at what moved their share prices this week.

As mentioned, this week’s biggest gainer was Alexco Resource, whose share price gained 26.17 percent to reach $1.35. The company owns the Bellekeno silver mine, located in the Yukon-based Keno Hill Silver District. Bellekeno was Canada’s only operating primary silver mine from 2011 to 2013, but operations there are suspended at the moment. Alexco is currently exploring other high-grade silver prospects.

On March 23, Alexco released its results for Q4 2015 as well as the full 2015 year. For the full year, the company incurred a net loss of $5.5 million, or $0.08 per share; that includes $3.5 million in depreciation and other non-cash costs. However, President and CEO Clynt Nauman said that Alexco was able to advance “a very successful exploration program” and complete a $4-million equity financing in 2015.

RTG Mining is focused on developing the high-grade copper-gold-magnetite Mabilo project, and is also moving forward with exploration at the Bunawan project. Both are located in the Philippines.

This week, the company’s share price rose 17.65 percent to end at $0.60. RTG didn’t release any news this week, but on March 18 it put out a feasibility study for Mabilo. According to the company, the project is “both high grade and low cost” — highlights of the feasibility study include an IRR of 33 percent after tax, and equivalent operating costs of US$0.80 per pound copper equivalent and US$425 per ounce gold equivalent for concentrate production.

Eastmain Resources’ share price rose 17.19 percent this week to reach $0.38. The company is focused on Quebec’s Eastmain River area, and like RTG Mining did not release any news this week. Most recently, it announced the appointment of a new director on March 15. Further back, on February 4, Eastmain released final assay results from its Clearwater gold project.

Arizona Mining is focused on the exploration and development of its Arizona-based Hermosa project, which contains the Taylor lead-zinc-silver carbonate replacement deposit. It gained 15 percent this week to end at $0.69, and was also a big gainer on the TSX last week.

On March 21, the company entered into a term sheet with Osisko Gold Royalties (TSX:OR) for a 1-percent net smelter royalty on any lead/zinc/silver sulfide ores mined at Hermosa. Arizona Mining will garner proceeds of $10 million for the net smelter royalty. The company also said that Osisko and certain of its insiders will subscribe for 9.99 million units priced at $0.56 each for proceeds of $5.59 million.

Connect with our Featured Copper Stocks to receive the latest news and investor presentations.

Finally, Platinum Group Metals’ share price rose 12.94 percent this week to reach $4.80. The company is focused on platinum and palladium production at projects located in South Africa’s Bushveld Complex. It didn’t release any news this week, but did provide an update on resource drilling at its Waterberg project on March 17.

Data for 5 Top TSX Stocks articles is retrieved each Friday after market close using The Globe and Mail’s market data filter. Only companies with a market capitalization greater than $50 million prior to the week’s gains are included. Companies within the mining and precious metals sectors are considered.

Securities Disclosure: I, Charlotte McLeod, hold no direct investment interest in any company mentioned in this article.

5 Top TSX Stocks: Aureus Up Over 50 Percent on Commercial Production