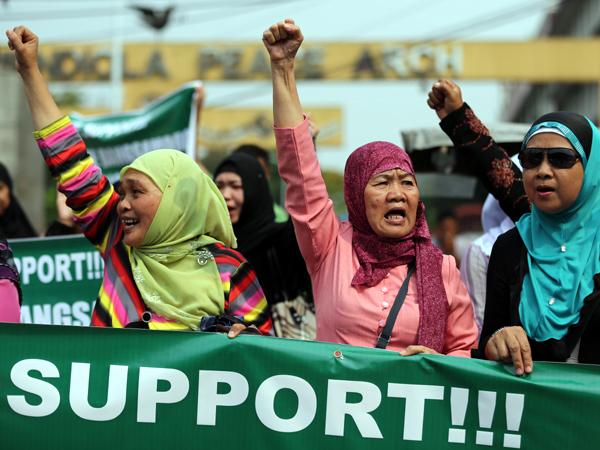 Lieutenant ColonelRamon Zagala, military spokesman, said fighting that began late Tuesday continued until early morning Wednesday, with the militants attempting to regain control of an Abu Sayyaf training and storage camp and in Patikul township that was captured by government troops.

“They tried to overrun our position, thinking that there were no more troops stationed at the camp,” Lacuesta said. “They thought they could takeover the camp.”

He added that most of the injuries suffered from the government side were from M203 grenade launchers that the bandits used.

Zagala said troops were securing the rebel camp they captured Monday. Militants from the group of Sahiron were expected to launch more attacks and the military would continue to use mortars, howitzers and attack helicopters to protect it troops there, he said.

The Abu Sayyaf had links to international militant networks, including al-Qaeda, but a US-backed Philippine military crackdown has weakened it considerably in recent years. The group, which is on the US list of terror groups, has about 300 fighters and is now much more focused on ransom kidnappings than global jihad.