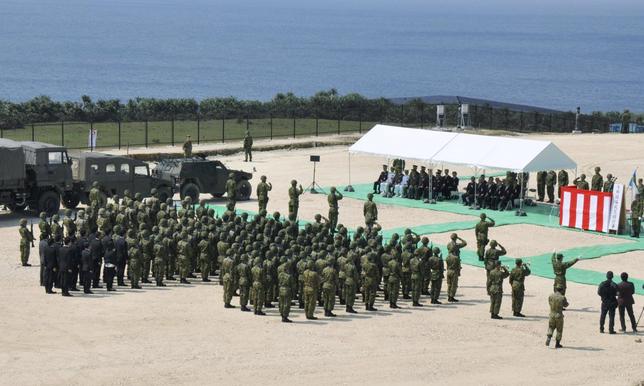 Japan on Monday switched on a radar station in the East China Sea, giving it a permanent intelligence gathering post close to Taiwan and a group of islands disputed by Japan and China, drawing an angry response from Beijing, reports Reuters.

The new Self Defence Force base on the island of Yonaguni is at the western extreme of a string of Japanese islands in the East China Sea, 150 km (90 miles) south of the disputed islands known as the Senkaku islands in Japan and the Diaoyu in China.

China has raised concerns with its neighbors and in the West with its assertive claim to most of the South China Sea where the Philippines, Vietnam, Malaysia, Taiwan and Brunei have overlapping claims. Japan has long been mired in a territorial dispute with China over the East China Sea islands.

"Until yesterday, there was no coastal observation unit west of the main Okinawa island. It was a vacuum we needed to fill," said Daigo Shiomitsu, a Ground Self Defence Force lieutenant colonel who commands the new base on Yonaguni.

"It means we can keep watch on territory surrounding Japan and respond to all situations."